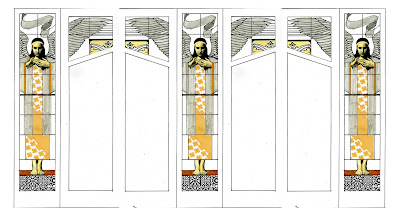 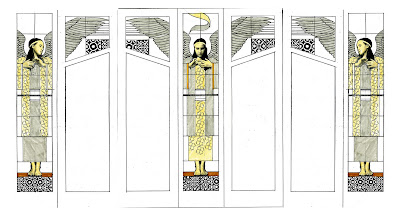 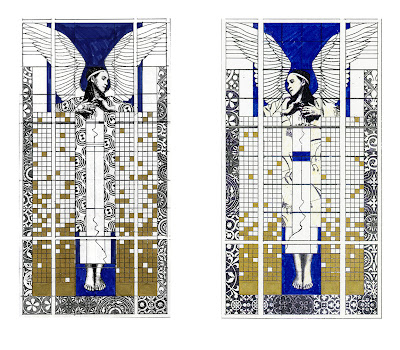 Labels: design for stained glass with help from the vienna secession 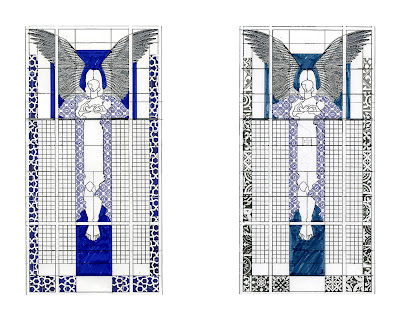 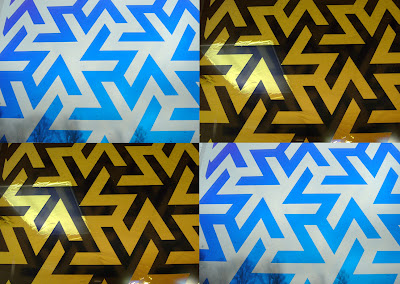 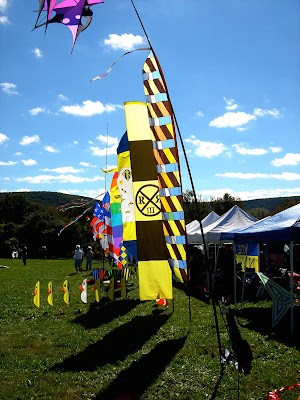 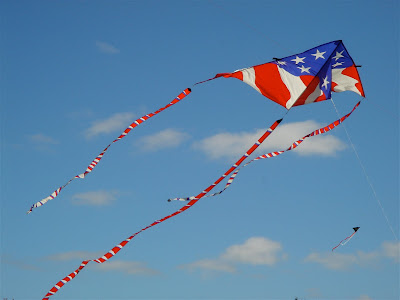 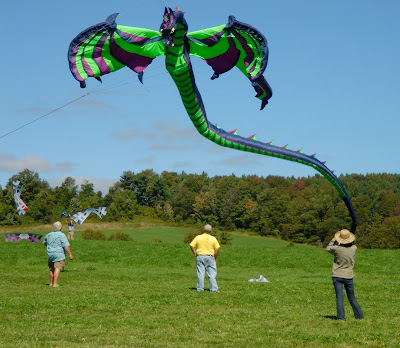 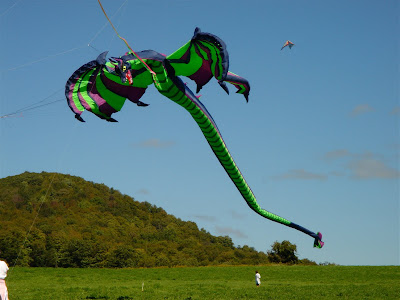 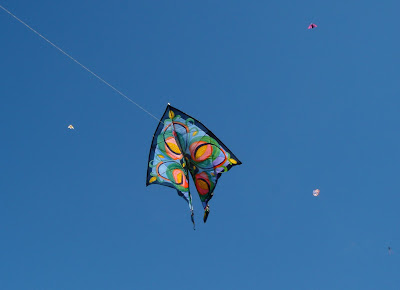 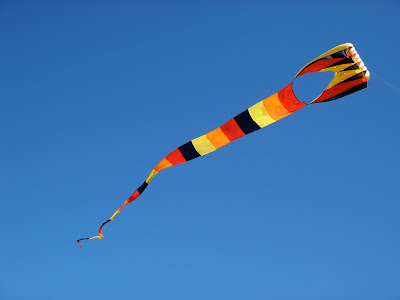 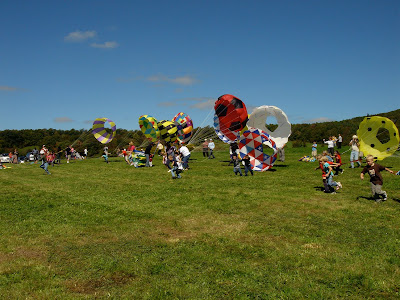 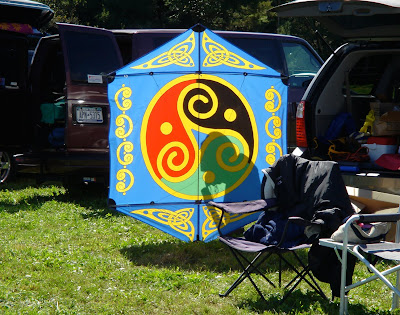 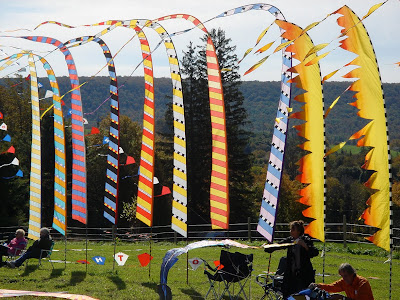 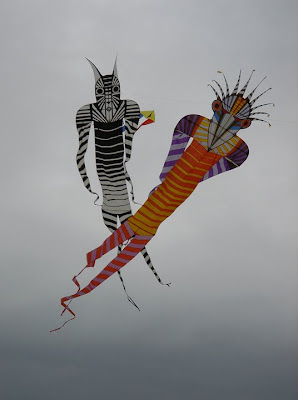 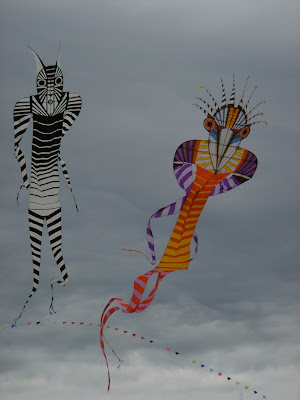 In 2010, while on a camping trip in the Adirondacks, I revisited St Bernard's Church, Saranac Lake, NY. This stained glass project was designed in 1968 while I was working for the Rambusch Decorating Company. Robert E. Rambusch was the liturgical consultant for this new church building and with whom I worked closely.

The glass is not in such good shape with some broken pieces but, amazingly,  still there after all these years.
Posted by dw at 6:29 AM No comments: 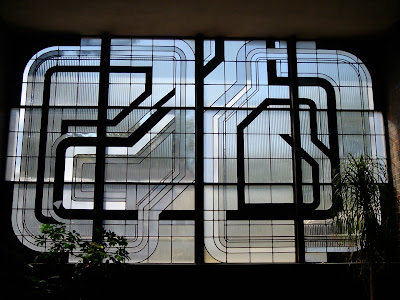 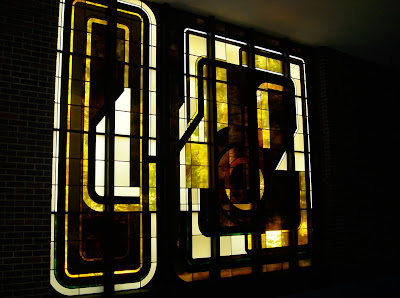 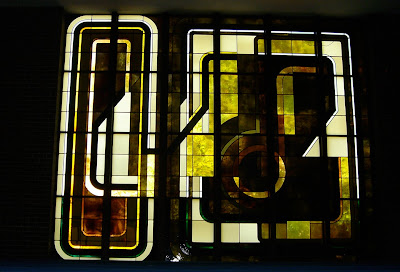 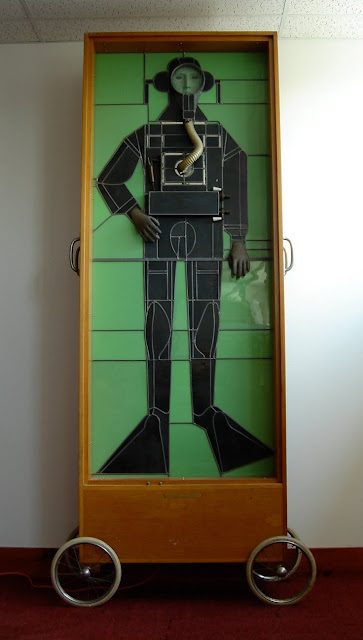 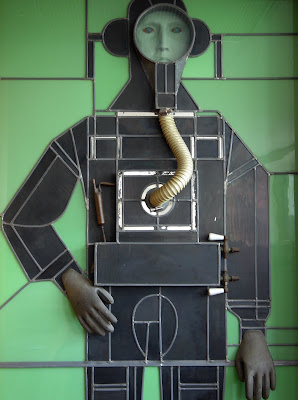 head at the getty

TALES OF BROKEN GLASS AND DEMOLITION

Starting in 1965, through several years, David Wilson, while working for the Rambusch Decorating Company, designed a series of stained glass windows for Little Sisters of the Assumption Convent Chapel on Lexington Avenue in New York City.
Robert E. Rambusch was the design consultant and Fred Christian was the interior designer. About a decade later the Convent was sold to a developer and demolished.
Passing by on Lexington Avenue at the time, and conversing with an almost guilt ridden construction worker, the said construction worker confessed that virtually all the stained glass was trashed.
Images below.
Posted by dw at 6:54 AM No comments: 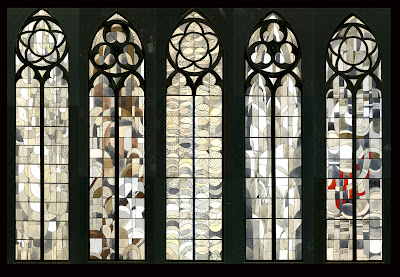 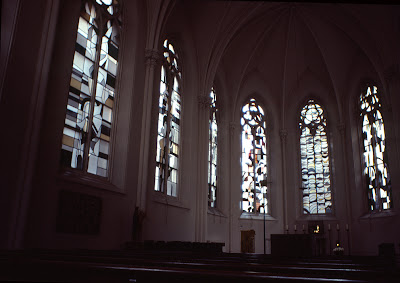 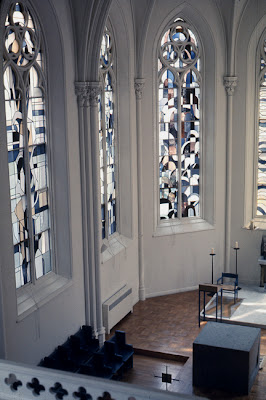 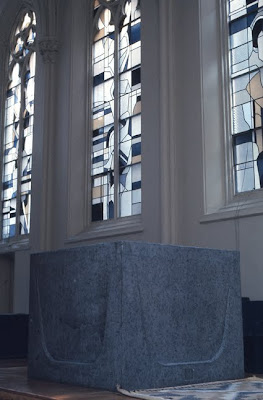 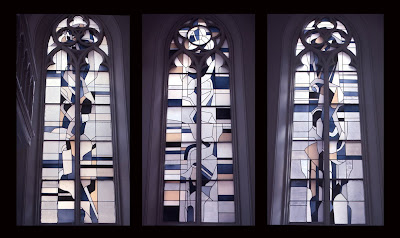 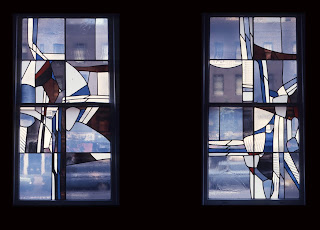